Even Gentiles, who do not have God’s written law, show that they know his law when they instinctively obey it, even without having heard it. [15] They demonstrate that God’s law is written in their hearts, for their own conscience and thoughts either accuse them or tell them they are doing right. 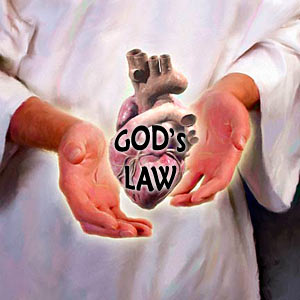 This is not to be confused with salvation but basic law of God toward each other.  Kindness, no murder, stealing, hatred.  The general laws of God are written on everyone’s heart.  Our conscience works with this law.  This is different from the Holy Spirit working in our hearts.  That is a deeper work beyond fallen man. There is no excuse for man to say I was never taught how to treat another human being. God has written this law into the hearts of every human being on earth.

We are in the middle of many women coming out with accusations of being sexually abused by men.  The basic law of decency is written into every mans heart.  Man know what is right and wrong.  They know how to treat a woman  unless their hearts are clouded by lust and perversions.  One thing I would add to this argument is women should not dress or behave in a sexually stimulating way that highlights their bodies and increase sexual tension.  They too have basic laws of God written in their hearts.  I am not excusing men in any way because it is their actions that bring guilt on them.  I am  saying women have a powerful effect on men and they know this.  To place themselves in situations  or cause sexual tension that could get out of hand is also breaking basic laws of God which can cause harm to themselves and others.

When outsiders who have never heard of God’s law follow it more or less by instinct, they confirm its truth by their obedience. They show that God’s law is not something alien, imposed on us from without, but woven into the very fabric of our creation. There is something deep within them that echoes God’s yes and no, right and wrong. Their response to God’s yes and no will become public knowledge on the day God makes his final decision about every man and woman. The Message from God that I proclaim through Jesus Christ takes into account all these differences.

Let us treat each other according to God’s law written in our hearts.  Ask Christ to lead you and the Holy Spirit to direct you for even greater lightnside.