For I have a great sense of obligation to people in both the civilized world and the rest of the world, to the educated and uneducated alike. (NLT)

I am a debtor both to Greeks and to barbarians… (NKJV)

Paul who was once a proud Jewish student that looked down of all non-Jewish, non-religious people now has been transformed to see differently. What was once a narrow view of acceptance because of race and education has now become a passion that includes all peoples no matter the race or intelligence. 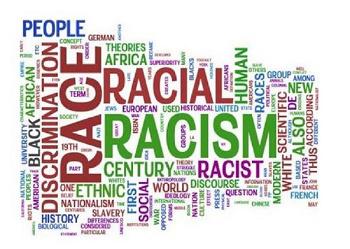 He passionately chased them from town to town, both men and women.  Placing them in prisons and trying to force their renouncing of Christ.  He watched over the coats of the raging crowd that stoned Steven.  Paul was so lost in his hatred and racism that he did not recognize Jesus as He appeared to Paul on his way to imprison more Christians. Paul once traveled to spread HATE, now travels to share HOPE.

In Romans 1:15 Paul used the words obligation and debtor when referring to various classes of people.  What a transformation of his outlook on others.  What has changed in Paul’s life that would so overwhelm his years of strict focus and proud heritage that excluded others and now has become indebted to?

It is the message of the Gospel.  Paul has received a vision of how lost and hopeless he was when all his hopes were built on his status and intelligence.  That vision of Paul’s righteousness placed him as low or lower than the humble worker in God’s eyes.  Lower than the outcasts of society.  When Paul saw his hopelessness in himself and the hope of the gospel his proud, racist, narrow view, arrogant view toward people, ethnic classes, intelligence was completely broken.  He was hopeless, lost and in need of saving.  The Good News saved him from himself.

Now Paul is eager to preach this same message to anyone and everyone.  Both the Greeks (proud, high status) and the non-Greeks (everyone else).  Outside birth status even the wise and simple minded.  Paul is eager to see the power of the Gospel be shared to everyone.

Q. Do I look down on others because of class, color, status, or intelligence?

Q. Is there a place in my life that looks down on others as a lower class than myself?

Q. How can I break this pattern?  Repent and pray for those you look down on.

One thought on “Romans 1:15 From racist to debtor”